Hugo L. Black (1886–1971), a native of rural Alabama, was elected to the Senate in 1926, reelected in 1932, and appointed to the Supreme Court in 1937. A strong supporter of the New Deal and an aggressive critic of big business, he was President Franklin Roosevelt’s first appointee to the Court. The appointment became controversial when opponents were able to show that Black had belonged to the Ku Klux Klan, a white supremacist organization, in the early 1920's. He was confirmed 63–16 and in thirty-four years on the Court built an imposing record in defense of civil liberties. Black would have interpreted the first section of the Fourteenth Amendment to have wholly incorporated the Bill of Rights, thereby binding the state governments. He set forth this position at length in a dissent to Adamson v. California (1947). Although the Court did not embrace this view, it arrived by increments at a similar result. 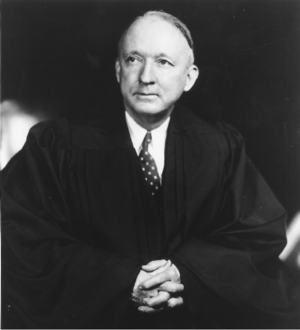 Black was deeply involved in the Court’s development of constitutional law on race relations and legislative apportionment, both of which had profound effects on American federalism. He wrote the opinion in Griffin v. County School Board of Prince Edward County (1964), which held illegal the action of a local school board in Virginia that had closed its public schools to resist integration and thereafter contributed to the support of private segregated schools. “The time for mere ‘deliberate speed’ has run out,” he said, “and that phrase can no longer justify denying these Prince Edward County school children their constitutional rights to an education equal to that afforded by the public schools in the other parts of Virginia.”

He had strongly dissented in Colegrove v. Green (1946), in which the Court had held legislative districting to be a political question over which it lacked jurisdiction. After the Court repudiated that decision in Baker v. Carr (1962), he joined in the opinion in Reynolds v. Sims (1964), which held that representation in state legislatures must be based on population, and he wrote the opinion in Wesberry v. Sanders (1964), a case originating in Georgia’s Fifth Congressional District that applied the same principle (“equal representation for equal numbers of people”) to the U.S. House of Representatives.

Black died one week after retiring from the Court in 1971.