Justice William J. Brennan Jr. served on the U.S. Supreme Court from 1956 to 1990, and during his tenure he influenced federalism in a number of important ways. He was a leading voice for the expansive role of federal courts interpreting the U.S. Constitution to protect individual rights from interference by the states. Yet he also was a leading proponent of state courts relying on their own state constitutions to provide greater protection for individual rights than what was found in the U.S. Constitution.

The connection between these two positions was Brennan’s view that the paramount goal of the Constitution was not simply to create a functional government structure but rather to create a system of governance that would advance the human dignity and individual rights of all. To that end, for Brennan federalism was never a goal unto itself; instead, federalism was a distribution of powers that must ebb and flow with the need to protect individual rights. 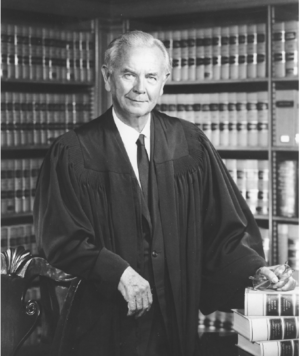 When Brennan joined the Court, he quickly picked up the mantle of incorporation—the effort to make the provisions of the Bill of Rights apply as limits on the power of the states, not just the federal government. In other decisions, he urged federal courts to step into state reapportionment disputes (Baker v. Carr 1962), called for more vigorous federal habeas corpus review of state criminal convictions (Fay v. Noia 1963), brought the libel law of all 50 states under the purview of the First Amendment (New York Times v. Sullivan 1964), and in dissenting opinions took a dim view of state sovereign immunity in lawsuits by citizens against their own state (Yeomans v. Kentucky 1975).

Some of Brennan’s positions expanding the role of federal courts angered officials in the states, especially the reapportionment and habeas corpus rulings. In 1964 he spoke in New York to the Conference of [State] Chief Justices. In a speech entitled “Some Aspects of Federalism,” he tried to downplay the state-federal rift, saying that “in performing our respective tasks in cases where both our courts function, there can be no reason for contest, not even for petty quarrel.” But he also said, “Resolution of these conflicts between state and federal authority has been said to be the most essential of the tasks entrusted to our Court.”

The federalism issues that Brennan confronted throughout the Warren Court involved substantive questions of individual rights. But in the Burger Court, Brennan faced a new breed of federalism cases in which the allocation of power to the states and away from Congress was its own end; this was a position pushed largely by Justice William H. Rehnquist in National League of Cities v. Usery (1976), holding that Congress lacked the power to apply minimum wage and hour standards to state employees. Brennan vigorously dissented, accusing the majority of “the startling restructuring of our federal system” and warning of “an ominous portent of disruption of our constitutional structure.” Rehnquist’s decision was later overruled by Garcia v. San Antonio Metropolitan Transit Authority (1985), but this exchange of rulings was a precursor of federalism developments that occurred in the 1990's after Brennan left the Court.

Brennan made another significant and lasting contribution to federalism in 1977 in the form of an article in the Harvard Law Review, entitled “State Constitutions and the Protection of Individual Rights.” Originally delivered as a speech to the New Jersey Bar Association, the published version urged state courts to remember their own laws and state constitutions as sources for the protection of individual rights. This exhortation came at a time when Brennan perceived that the Supreme Court was cutting back on the availability of federal courts to hear civil liberties and civil rights claims. “The legal revolution which has brought federal law to the fore must not be allowed to inhibit the independent protective force of state law—for without it, the full realizations of our liberties cannot be guaranteed,” Brennan wrote. He excoriated the Supreme Court for invoking federalism as a reason for condoning “both isolated and systematic violations of civil liberties,” and said the rulings do not “properly understand the nature of federalism.” The Court, Brennan said, “has forgotten that one of the strengths of our federal system is that it provides a double source of protection for the rights of our citizens. Federalism is not served when the federal half of that protection is crippled.”