The Dred Scott case (1857) vaulted the Supreme Court into the midst of the swirling controversy over slavery that erupted into the Civil War in a few brief years. There can be little doubt the case contributed to raising the level of conflict and thus contributed to the coming of the war. The case raised two very important constitutional questions, which in the given context were also important political questions: does Congress have the power to prohibit slavery in the territories of the United States? Can black persons be citizens of the United States? The Court, speaking through Chief Justice Roger B. Taney, answered in the negative to both questions. The first issue arose because Dred Scott, a slave, had been taken into a federal territory where, under provisions of the Missouri Compromise Law (1820), slavery was forbidden. He sued for his freedom in federal court, but Taney ruled that since slavery is expressly affirmed in the Constitution, Congress lacks the power to prohibit it. This part of the ruling was politically important, because the Republican Party had recently formed around the policy of reenacting and extending the prohibition of slavery in the territories. Taney also ruled that blacks could not be citizens of the United States, and thus could not sue in federal courts or appeal to other federal constitutional protections, for they were not part of the “people of the United States” who adopted the Constitution. Taney went so far as to proclaim that the founders considered blacks “a subordinate and inferior class of beings, who . . . had no rights or privileges but such as those who held the power and government might choose to grant them.” 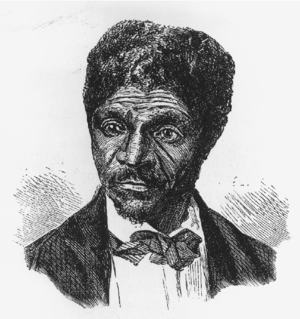